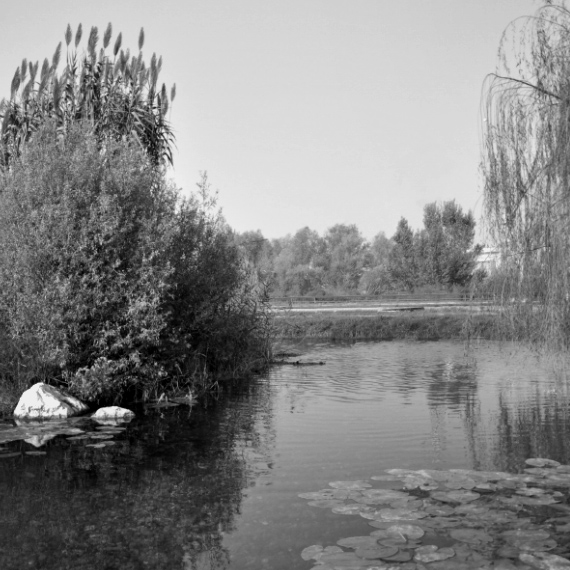 The history of Agroittica begins with a project that was groundbreaking for its times. In 1972, Giovanni Tolettini and Gino Ravagnan imagined a way to take advantage of the residual heat of a steel plant, under construction at the time, in order to breed highly commercial fish.
Two brilliant people with different backgrounds merged their skills to design an integrated production system.
Calvisano (BS), rich in high quality waters surfacing from the aquifer, seemed to be the ideal location for an aquaculture site.
The first tests began trying to exploit the residue heat over a steel heat exchanger. The heat transferred to the uncontaminated waters that directly into the site confirmed the potential of this idea.
This innovative approach and the inclination to experiment will persist over time, characterizing the entire history of the company.

The beginning of a passion

Agroittica Lombarda was founded in 1977 and, by applying past experiences, it soon started its fish farm.
At first, the choice was to farm eel, a fish that had great commercial interest in those years, but with time this interest faded and the company began experimenting the breeding of other species. Among these, sturgeon resulted particularly suitable for the peculiar conditions of the site. This fish, which has always been considered a delicacy privilege of the wealthiest tables, had almost gone extinct, except in two regions: Eastern Europe and North America.
In Eastern Europe there were several species of sturgeons, some very appreciated for their meat. Even if basic scientific knowledge was excellent, the production activity was predominantly based on the exploitation of wildlife. Moreover, it was not easy to establish stable relations with the Soviet world at the time.
There were also different species of sturgeons in the United States, one of which was particularly appreciated for its meat. The possibilities of collaboration were more dynamic in this case, but with the disadvantage of lesser biological knowledge of the species.
How to choose? 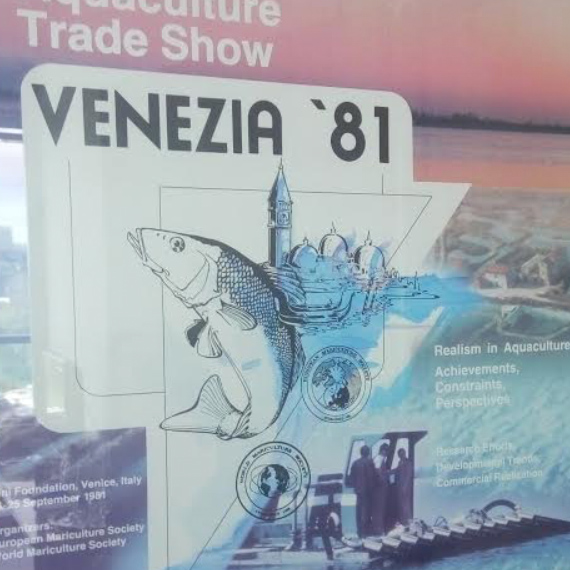 In 1981, Gino Ravagnan was able to organize and host the World Water Aquaculture Conference in Venice during which he met Professor Serge Doroshov, a Russian marine biologist and professor at Davis University in California.
He was conducting the first experiments of breeding white sturgeon, the most appreciated species on that continent.
The brilliant idea of breeding this species also in Calvisano developed thanks to their meeting, together with a fruitful collaboration that will last several years.
Young sturgeons adapted perfectly to the environment in Calvisano, allowing in 1992 the first reproduction of specimens raised in captivity. The import of larvae however continued until 1997 in order to enrich the genetic diversity of the population. 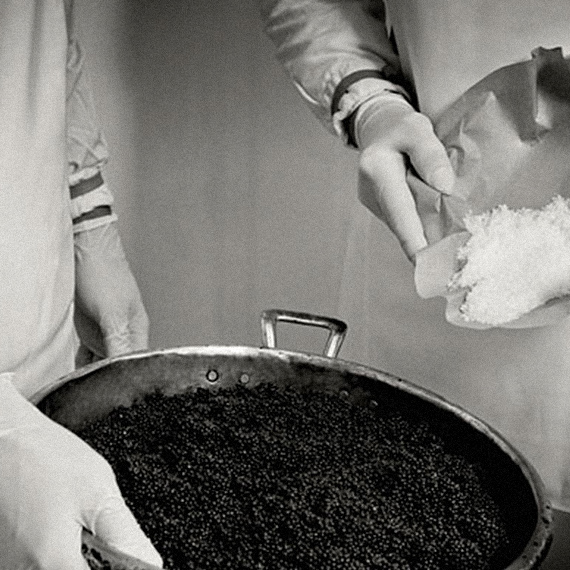 The first production of caviar

In 1992 a modern processing plant was built, allowing, besides the sturgeon, other fish products to be processed and smoked. Thanks to the sanitary control of this plant, Agroittica Lombarda was able to reach an ambitious goal, after years of commitment and care in the breeding of white sturgeon, obtaining from this species a caviar of unprecedented quality. Characterized by large eggs and a particularly clean and round taste, it will conquer the most refined Italian palates. To emphasize its historical role, this caviar will later be called Calvisius Tradition and renamed as the "Black Gold of Calvisano". The secret of success is attributed to the unique characteristics of the territory, to the type of breeding that respects the ethological needs of the sturgeons and to the control of all phases of production from birth to the preparation of caviar, all strictly artisanal. 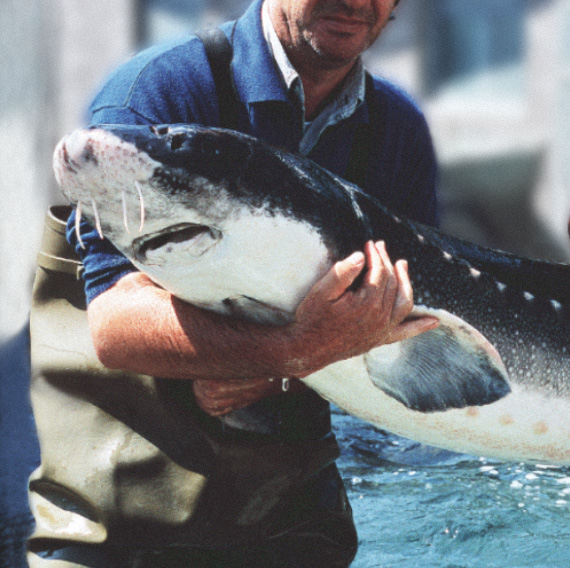 In 1998, when Agroittica achieves great genetic wealth and full reproductive self-sufficiency, CITES (Washington Convention on Endangered Species), worried about the constant decline of wild populations of sturgeons, imposes strict regulations on fishing and marketing. At the same time, the US block the possibility of exporting live sturgeons. All of this puts Agroittica on the map for raising the only European genetically self-sustaining white sturgeon population and preparing a caviar production program that will eventually surpass even the production of Iran. 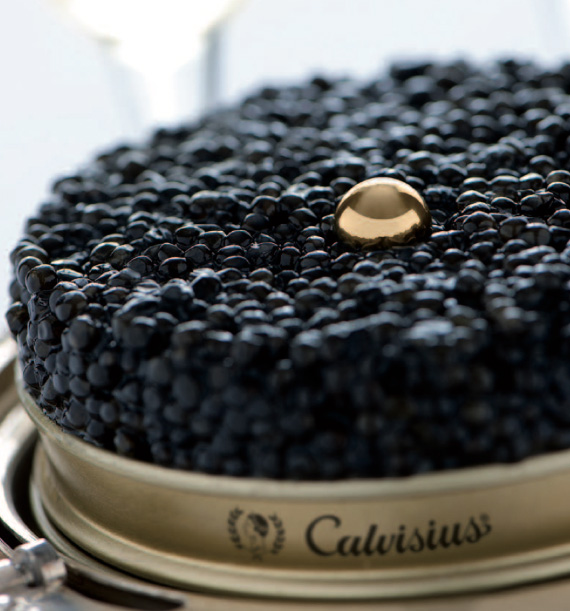 …And the first recognition

Since 2000, Agroittica's caviar has been chosen by the most important international airlines to be served in first class.
In 2005 Agroittica received the Mercury Award, awarded each year by the International Travel Catering Associaton (ITCA) to companies that have distinguished themselves for their excellence in the Food & Beverage category.
Other awards will continue to arrive including the Rosa Camuna Prize, that the Lombardy Region will award to Agroittica in 2014 with the following motivations: "...the company has succeeded in becoming an international point of reference for sturgeon and the world's leading producer of excellence such as that of caviar..." 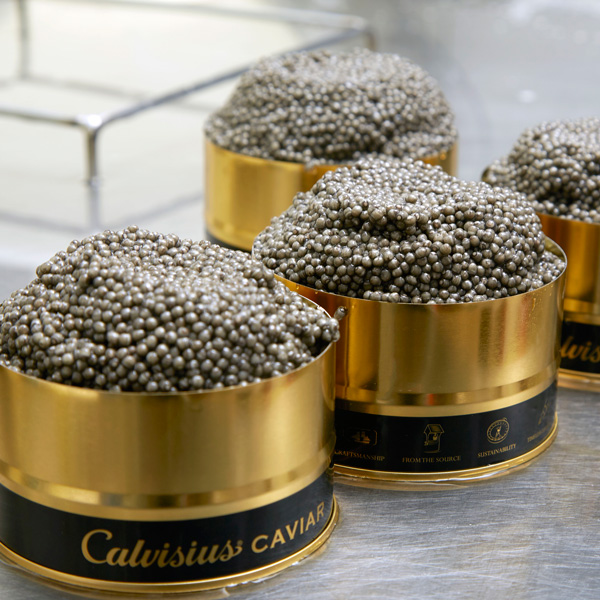 Caviar production reaches 25 tons a year, 22% of the world production. 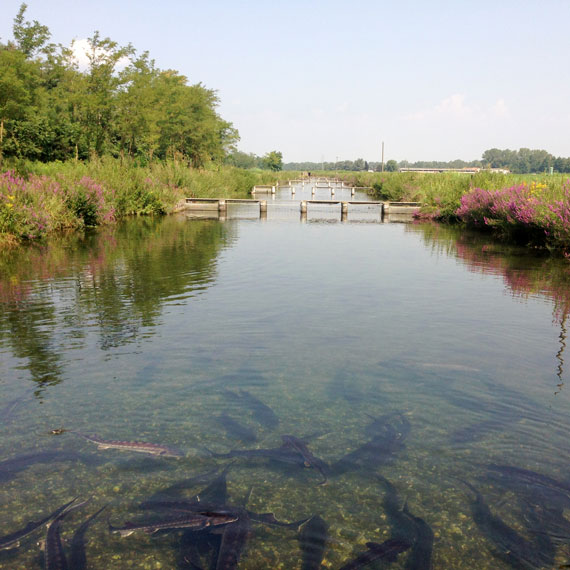 Agroittica combined its experience with that of the Giovannini family, first to secure the reproduction of the A. naccarii sturgeon, endemic species of the Adriatic, saving it from extinction.
In one of the historic farms of the Mandelli family, in the heart of the Lombard Park of Ticino, the breeding of other sturgeon species is improved, and will be added to those already farmed by Agroittica. The agreement between these three historical Italian aquaculture companies creates Storione Ticino Soc. Agr. S.S. 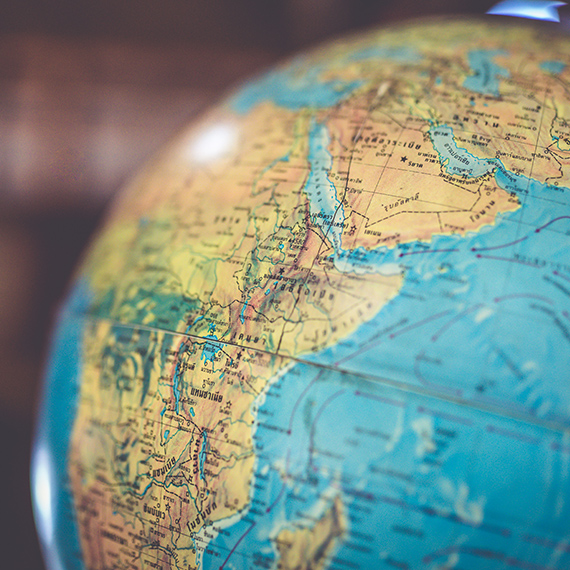 In 2009, the first office abroad was inaugurated with the opening of Calvisius in the US.
In 2013 Calvisano's caviar also conquers Russia, traditionally the motherland of caviar.
Among the most flattering comments there is that of the Russian Ambassador in Rome who, after tasting our "fantastic caviar", described it as "a truly great, tasty product of the highest quality". 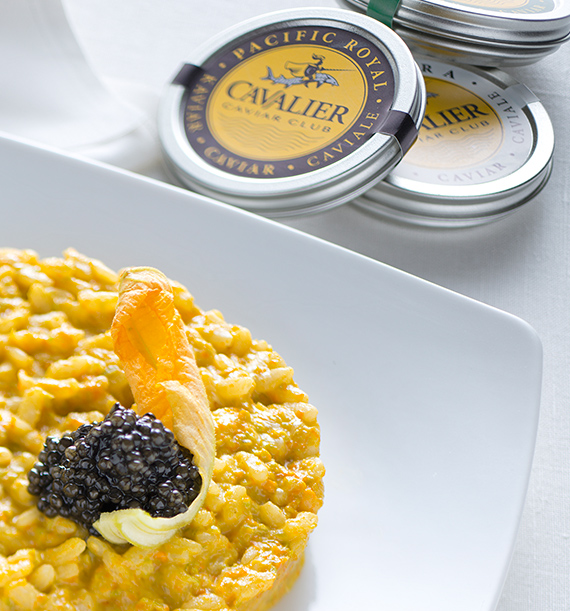 Cavalier Caviar Club, the Agroitica brand based on the demands of large distribution. 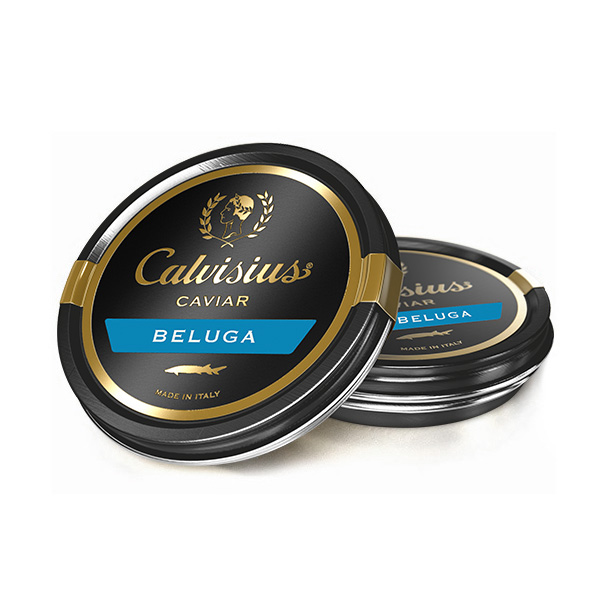 Many years after the importation of the first specimens, the production of the famous Beluga caviar begins. 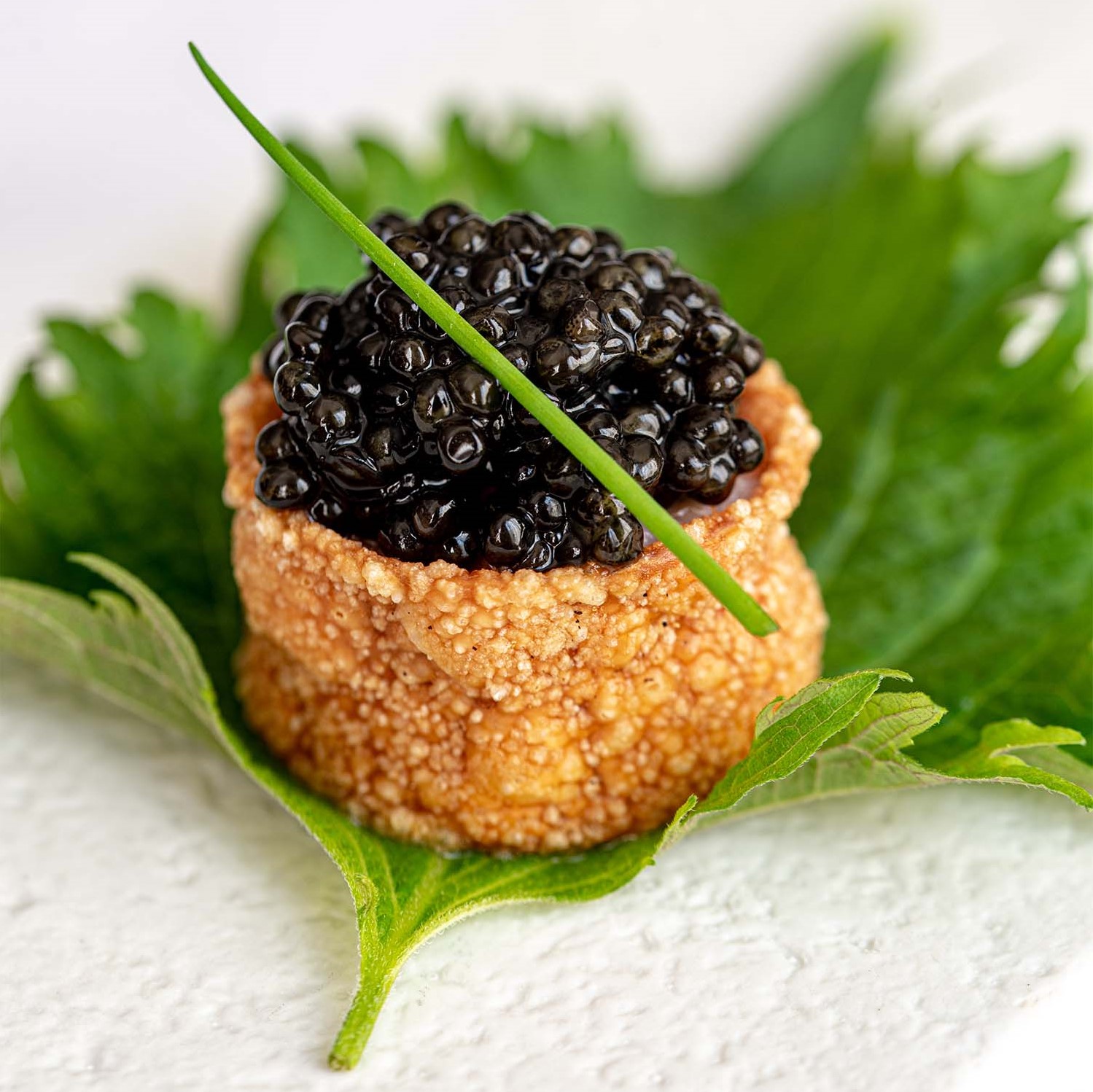 In order to meet the demands of the most important European market, AGROITTICA FRANCE SASU opens in Paris.
Share this!